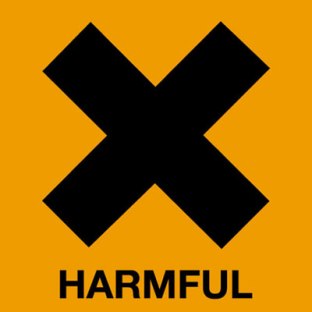 Graded Exercise Therapy should come with a warning, like dangerous drugs do.

There are many reports of GET causing harm to ME/CFS patients. I myself was harmed by GET and you can read my brief story here on #MEAction. These accounts are not without value but the problem is that these reports are anecdotes, individual cases which have not been formally validated.

Patients are not seen as reliable witnesses when it comes to the treatments they themselves experience – at least not until a qualified academic validates that experience. But I don’t want to moan about that here, I see the need for pragmatism; we have to work within this reality to expose the harm GET causes.

This week saw a paper published in the Journal of Health Pyschology from Keith Geraghty et al, an analysis of a large survey from the ME Association (n = 1428) looking at symptom changes following GET, CBT (cognitive behavioral therapy) and pacing in ME/CFS. The results were also compared with similar data from other patient surveys (n = 16,665). One of the most significant findings of this review was that graded exercise therapy caused significant negative results in patients (54%–74%) across surveys. The review also found that CBT was associated with deterioration, but I am focusing this blog post on GET. The review stated that:

Where GET was the main content or included in combination with any other treatment course (CBT or PT), patients tended to state that their symptoms worsened more frequently than improved.

Some people may not yet recognize it but this paper is a big deal because it formalizes and validates the experience of patients in a form that scientists and officials can take seriously. This paper, on its own, will not convince everyone that GET is harmful to patients, but what it will do is highlight that there is a question that needs to be answered: Is graded exercise therapy really safe in ME/CFS?

That is a significant step forward. But if GET harms patients, we need to do the work to demonstrate that, and that means more papers in peer-reviewed journals. I asked Dr Geraghty about that and this is what he had to say:

“Doctors and scientists rely on a limited number of randomised controlled trials that suggest graded exercise is a safe treatment for ME/CFS when patient surveys consistently find high levels of negative response to GET. We know that RCTs use strict criteria to define serious adverse events, like hospitalisations, however such methods may miss the types of bad reactions ME/CFS sufferers experience after exercise.

“We must also remember that GET therapists are instructed to teach trial participants to ignore symptom flare and push beyond limits, as the theory behind GET suggests patients must overcome anxiety related to activity and view negative thoughts as dysfunctional cognitions. This might bias how patients report adverse events.

“Much more research is needed, particularly from the patient perspective and I will be focusing on potential harms in the near future in my own work.”

Dr Geraghty makes some good points, and I know other researchers I have spoken with have similar concerns. I’m encouraged that researchers are looking in this area and I’m pleased that Dr Geraghty is planning more research on potential harms.

The existing evidence for GET’s safety is woefully insufficient. Smith et al in their review of treatments for ME/CFS conclude that:

Harms were poorly reported in exercise trials, and no subgroup analyses were performed. One trial reported small but significantly more serious adverse events (17 exercise versus 7 usual care; P = 0.04) and more nonserious adverse events (992 GET versus 977 usual care versus 949 adaptive pacing versus 848 CBT) in the GET versus comparison groups, although adverse reactions attributed to the intervention were similar between groups (48). In a smaller trial of GET compared with placebo or fluoxetine, total withdrawals were greatest with GET (37% versus 22%) (23). In addition, in a trial of GET, 20% of patients declined to repeat exercise testing because of perceived harm of testing (52).

This is not a surprise because trials of behavioral interventions, across medicine, have long failed to live up to the same standards that pharmaceutical drugs have to meet when trialed for safety.

Take Rituximab for comparison, a drug currently in phase 3 trials in ME/CFS – this drug, like others, have had to prove they are safe enough to justify the benefits they offer. The safety of the drug has been scrutinized, both under trial conditions and in post-marketing surveillance. This is because no drug is safe, no one would ever claim that a drug is completely safe. No one would expect it to be and no one would believe it if they told it was. Yet we have people claiming GET is safe and they are given a free pass, presumably because it’s a behavioral treatment aimed at patients who they believe are suffering from fear avoidance behaviors and de-conditioning.

In contrast, Rituximab has proven itself to be a relatively well tolerated treatment. There are many papers dedicated to evaluating side effects of the drug. These side effects can be very serious but are not very common. It is a drug that has been used for a long time in diseases such as rheumatoid arthritis and lymphoma, with many hundreds of thousands of patients treated and followed up in large numbers across the globe. This does not remove the necessity, of course, to look at the drug’s safety in ME/CFS, and that is what the current trials are doing. And it appears they are doing a much better job of it than any CBT or GET study ever has.

Why is it that pharmaceutical drugs have to meet these high standards but behavioral interventions do not? Is anyone even monitoring harm in the clinical setting from these treatments? Judging by the looks of the survey data reviewed by Dr Geraghty, the answer appears to be a big fat NO. If GET was a drug, it probably wouldn’t have made it outside a clinical trial in the first place, and if it did it would have been withdrawn long ago.

I am not scared at the prospect of one day having Rituximab to treat my ME, I would be terrified at the idea of every having to undergo GET again. This doesn’t stop my GP from trying to send me back for more.

Despite it’s many failures and limitations the best evidence we have of adverse events in an exercise trial is PACE. It provides only a tiny pool of data compared to many drugs, but it’s all we’ve got. 48 “severe” adverse events were recorded in the PACE trial (according to the researcher’s chosen criteria and methods of reporting and evaluation). A paper from Tom Kindlon earlier this year highlighted shortcomings of the safety data from the PACE trial:

the researchers identified 48 [severe adverse events] during the trial, though without detailing which trial arm they occurred in. This seems unfortunate especially given that the authors stated that there was a statistically significant difference between the number of SAEs that occurred in the GET group (17) compared to the specialist medical care (SMC)-only group (7).

Some of these SAE’s could, according to the investigators, “be considered to be causally related to the interventions themselves.”

It seems to me that the PACE evidence highlighted by Kindlon shows that GET does cause harm, even in the carefully controlled environment of a clinic trial. And of course you would expect the implementation of these treatments outside of clinical trial conditions to result in even greater levels of harm.

A big obstacle we face is the safety narrative from those promoting these treatments. Seemingly with growing frequency, GET is profusely stated to be safe by its proponents – when talking on the radio or giving quotes to papers, in presentations at conferences, in blogs and articles – this indoctrination fixes the belief that GET is safe in people’s minds and I think most people simply assume it has been scrutinized as carefully as drugs are.

Despite the lack of evidence that GET is safe, until more evidence is provided that GET is potentially harmful, the “GET is safe” narrative will continue to be effective.

GET and CBT sit precariously on a platform which has been eroded by exposure – exposure of the poor quality research on which the treatments are based. If GET is shown to cause harm then it is over – GET will be finished as a treatment for ME/CFS.

I don’t believe proponents of GET can prove it is safe, they can claim it, but they can’t prove it, because it isn’t. The harm GET causes however, can be proven, and we need to do that with more papers in journals. I hope more researchers and advocates will focus on this area, and those able to help fund such essential efforts will see the merit in those efforts.

Even if the risk is low (and Keith Geraghty’s paper suggests it is not low) then patients must be properly informed of that risk. Now children are beginning to be subjected to the same treatment under the NHS. Every day GET harms more patients.

We need more research of harms in journals before that is going to stop. No one pays attention to the sick, because the voice of the sick belongs to an individual, probably a benefit scrounger, with a disorder of dubious merit, and besides, everyone already knows GET is safe, right?

16 thoughts on “Graded Exercise Therapy causes harm in ME/CFS. Everyone knows that, right?”