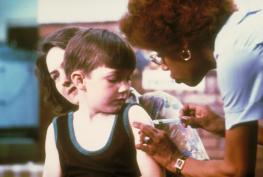 So Twitter has been alive this past weekend with somewhat sketchy information about a Centers for Disease Control and Prevention (CDC) whistleblower coming out about fraudulently leaving out key data in findings published by him and his colleagues regarding vaccines and their possible links to autism.

Most people remember the original claims by Dr Andrew Wakefield in the late 90s that the measles, mumps and rubella (MMR) vaccine caused autism – I myself, a child at the time did not have the MMR vaccine as a direct result of this, though most of my friends at school at the time, did. Subsequently the former researcher’s claims were discredited as a result of further publications on the topic which showed no link between the vaccine and the development of autism. Dr Wakefield’s theory was debunked and the discredited doctor was barred from practising medicine in the UK, the authors of the papers quashing these theories were awarded distinguished service awards by the secretary of health for clearing things up, and that seemed to be an end to it.

Well, a week ago, on Monday 18th August, Dr Wakefield and Sunday Times reporter Brian Deer appear to have released a video in which they claimed that a well-known CDC researcher was blowing the whistle on the fraudulent concealment of evidence supporting Dr Wakefield’s original theory that the MMR vaccine significantly increased the risk of subsequent development of autism in African-American males.

Over the weekend it came out that the researcher being talked about is William W. Thompson, one of the original authors of the 2004 paper published on these topics by the CDC which have been used to reassure the public that the jabs are safe.

A new paper has been published, August 10 2014, which apparently contains the missing data hidden for a decade, and as a result reaches new conclusions on the outcome findings resulting in a 340% increased risk of autism in African-American males under 24 months of age receiving the MMR jab, as well as a small increased risk of 60% in white males.

“I basically have stopped lying” – one of many unconfirmed quotes attributed to Dr Thompson on this matter and further rumour is that he has now been removed from office at the CDC.

And here is a scan of a letter purported to have been authored by Dr Thompson to former CDC head, Dr Julie Gerberding in Feb 2004.

Of course, only time will tell if this is genuine or not (I have my doubts), but Julie Gerberding resigned as head of the CDC in 2009 and is now President of Merck’s Vaccine Division, so most anyone would agree, that at least, looks fishy.

It is worth noting that this has not yet been picked up by any major news group and these rumours have not been verified as yet. You could see how this could turn out to be true, but as of right now, it is what it is – rumour. If we truly do have a whistleblower, then they need the publics support to pressure government to launch an open and independent investigation to undertake a thorough review of the facts.

UPDATE, 27th Aug 2014:
Well, apparently W Thompson has made a public statement which can be read here.
The CDC, for their part, say this changes nothing and the vaccines are safe. Maybe they’re right, but it sure would be a whole lot easier to trust them if they didn’t omit data in the first place, as appears to have happened.